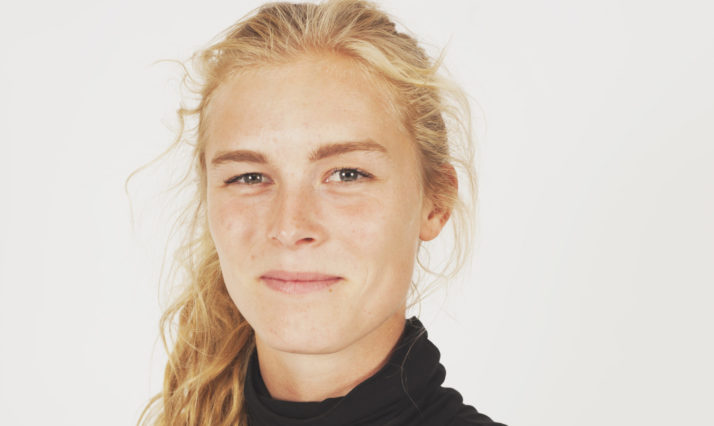 The New Democracy Fund is increasing its presence in Moldova in the autumn of 2022. One of the fund’s focus areas is cooperation within the cultural field. To coordinate this effort, the fund has hired Frederikke Thorning Jacobsen, who has a background as a project consultant at the Danish Refugee Council.

The war in Ukraine has had a big influence on Moldova, which with a reform-oriented president and government, has clear democratic ambitions. A strong democratic state demands a strong civil society, here, The New Democracy Fund intents to contribute. Therefore, the fund will increase its activities in the country, by a strengthened focus on art and cultural collaborations.

Culture is one of the New Democracy Fund’s six thematic focus areas, which are led by Danish Cultural Institute. The cultural activities in Moldova will in the future be coordinated by Frederikke Thorning Jacobsen.

Frederikke Thorning Jacobsen has a master’s degree in political science from the University of Aarhus and has been working as a project consultant at the Danish Refugee Council. In addition, she is co-founder and the Danish manager of the project “STUDEM, Step Up For Democracy” – a youth centre in the city of Balti, Moldova. Frederikke Thorning Jacobsen’s interest in Moldova was founded back in 2016 through her involvement in the organisation Silba, where she, among other things, has worked as an international coordinator.

Frederikke Thorning Jacobsen has great knowledge of Moldova and extensive experience within project management and civil society efforts. It is with a strong professional ballast that counts both professional and personal experience that Frederikke Thorning Jacobsen leaves Svejstrup in Denmark and moves to the Moldovan capital Chișinău to create a strong foundation for the New Democracy Fund’s cultural efforts in Moldova.

Frederikke Thorning Jacobsen about her employment:

”I have long been dreaming of working with art and culture as a change agent. There are many opportunities for cultural collaborations. Therefore, my most important task will be to connect the local authorities and cultural actors to increase the understanding of culture’s potential both in terms of addressing concrete issues, but also as a method to activate civil society in Moldova. It is necessary to find alternative and creative ways of getting involved – new methods are needed to make it attractive and interesting for several groups to get involved with their society. I hope that the New Democracy Fund’s cultural efforts can help to initiate that.”

Chairman of The New Democracy Fund’s Steering Group and CEO of Danish Cultural Institute, Camilla Mordhorst, on the employment of Frederikke Thorning Jacobsen:

”The turbulence in the region is also felt in Moldova. Therefore, it is now the time for us to help strengthen the democratic development that the country is undertaking. A strong cultural sector is one of the pillars of a democratic civil society. That is why we are happy to have Frederikke on board. With her experience and knowledge of the country she will be able to promote our relations locally and contribute to the development of the framework of the Moldovan cultural sector to secure a free and well-organized cultural life with room for the individual.”

Frederikke Thorning Jacobsen (1993) started on the 1st of September 2022 as Project Coordinator of the New Democracy Fund’s efforts in the cultural field in Moldova.

Frederikke Thorning Jacobsen has a master’s degree in political science from the University of Aarhus and has in recent years worked as a project assistant at the Danish Refugee Council and International Program Developer at WAWCAS International. Frederikke has worked with Eastern Europe for multiple years – among other things as co-founder and leader of the project “STUDEM, Step Up For Democracy”,  a youth centre in the city of Balti, Moldova. Furthermore, she has been part of the organisation Silba, which works for democratic development in Central and Eastern Europe, both as international coordinator, election observer and local board member.

Sign up
Visit DKI institutions in the following countries