Statement of support to Ukraine 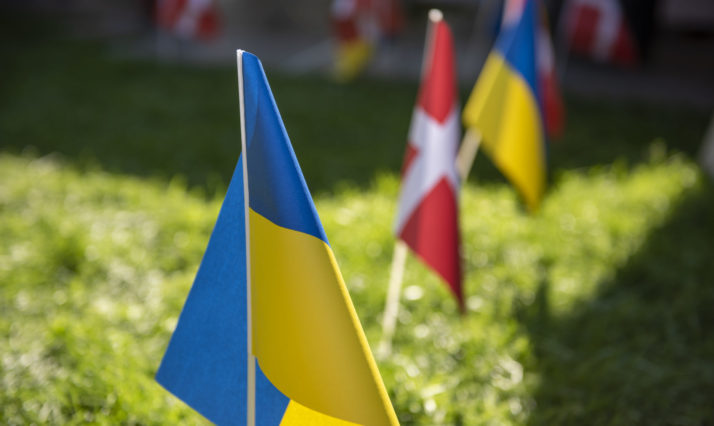 Statement of support from the New Democracy Fund to Ukraine

In response to the Russian war against Ukraine, the New Democracy Fund stands together and sends its deepest sympathy and support to the Ukrainian people – our colleagues, partners, and friends. A free country is under attack.
We are horrified and will with immediate effect reallocate rapid response funds to help the Ukrainian population.

The New Democracy Fund’s overall objective is to support and strengthen democratic civil societies in the Eastern Neighbourhood Countries. Now, our mission is more important than ever.

An active, independent, and diverse civil society is an important cornerstone of a free, peaceful, and stable society. The Ukrainian civil society is under extreme pressure – a fact we cannot and will not ignore.

The member organisations of the New Democracy Fund are determined to continue and strengthen the support for our Ukrainian partners during and after this criminal war, no matter its intensity or outcome. We stand with you in solidarity.

“Every person has the right to define his or her own life. Every independent nation has the right to determine its own future. These fundamental rights are under attack right now. We will not leave Ukraine and our Eastern Neighbourhood Countries to their own fate. We will support where we can in the struggle towards a strong, free, and democratic civil societies. For this reason, we have reallocated funds to rapidly support democracy fighters and civil societies in this lamentable situation.”

Rapid Response Fund in response to the Russian war against Ukraine

The New Democracy Fund has implemented two fast tracks to increase the accessibility to the Rapid Response Fund.

Get in touch by writing to rapidresponse@newdemocracyfund.org.

About the Rapid Response Fund

These Rapid Response funds are channelled through the New Democracy Fund to strengthen democratic civil society and lasting sustainable regional networks, between civil society organisations in Denmark and the Eastern Neighbourhood Countries.