The New Democracy Fund at The Youth Summit 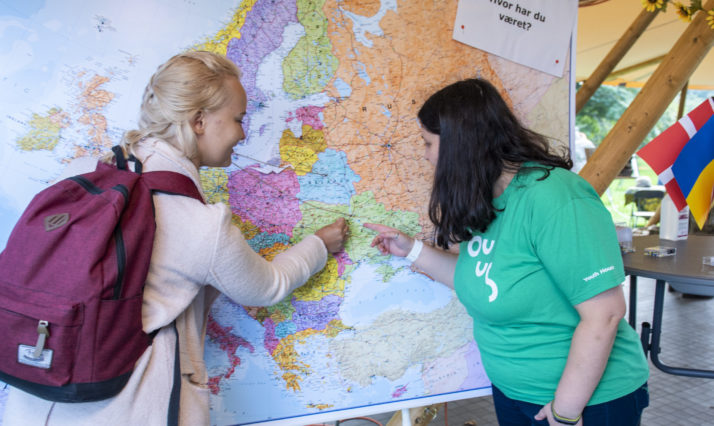 Together with the Ukrainian-Danish Youth House, The New Democracy Fund (NDF) was present at this year’s Youth Summit in Copenhagen. We took part in various activities and events including a quiz where we tested the Danish youth’s knowledge on the Eastern Neighbourhood Countries.

Among the activities at the stand was a big map of Europe with the text saying: “Where have you been?”. Two days and a couple of hundred pins later we could conclude that most of the students mainly went west when traveling Europe. We had a lot of great conversations with the young people about why Eastern Europe is forgotten when choosing a travel destination.

We also had conversation cards which we used as a tool to engage the young people in conversations about the five topics we work within. We talked about broader subject such as one’s definition of democracy as well as more tangible subjects such as the importance of a good work life.

At the festival site we sought out the young people to ask them if they wanted to share what democracy is to them. The aim was to start a dialogue and learn more about the youth’s perception of democracy, as youth engagement is an important part of our work.